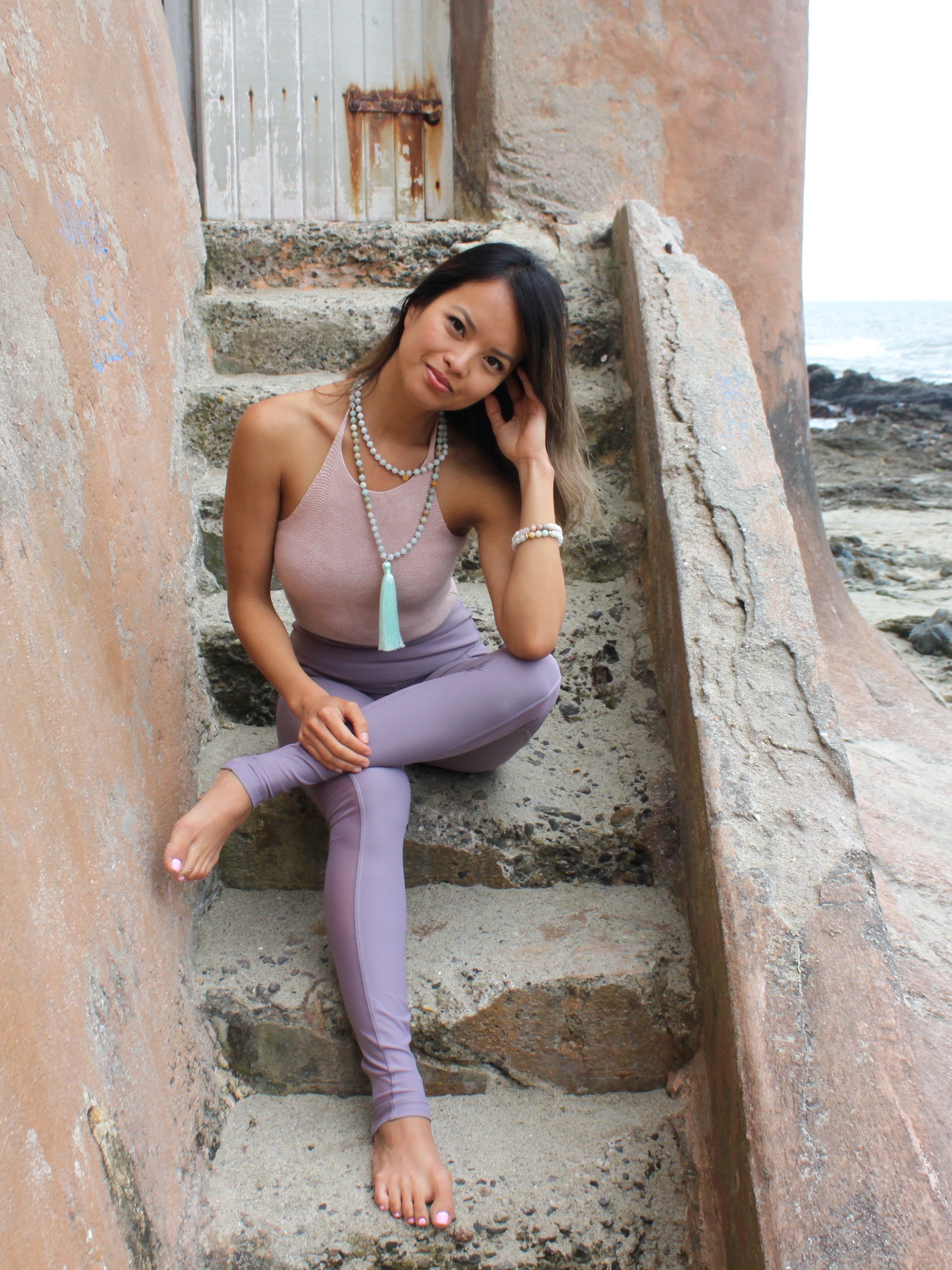 It’s been a while! Since my last post, I moved to San Diego and made it my home for a whole year. The transition into SD living has been such a blessing. In the past year, I’ve been able to get to know the yoga community here, meet amazing people, and grow as a yoga teacher and human being in ways that would not have happened if I stayed in Newport Beach.

In the year that I’ve spent in San Diego, I’ve been able to explore the yoga scene, check out studios, and find teachers I resonate with and have learned so much from.

So in this post, I’d like to share five of my favorite yoga experiences in San Diego, in the hopes that it would inspire you to try something new! And if you’re wondering how you can check out all these experiences, sign up for a ClassPass trial here!

When: Saturdays at 12PM

Where: Soul of Yoga, Encinitas

Why: Jonathan‘s class has become my all-time favorite in San Diego so far. I live just outside of Little Italy and I drive all the way up to Encinitas to take his class. Jonathan has such an openness about him and his classes are exploratory, unique, inspiring, and never the same each class. This is one of the only Level 3/4 classes I’ve found in San Diego, and I love how we explore deeper aspects of our anatomy, the asanas, and our internal beliefs on what our bodies are capable of. He teaches in such an effortless, light, and connected manner that the one hour and fifteenish class goes by so quickly. I love finding new transitions or ways to get into a pose, and the way Jonathan can string together the deeper asanas keeps me so inspired as a teacher. Not to mention he floats so effortlessly into and out of advanced poses. I love the feeling of “not being able to do something” in class because it gets me out of my head, into my body, and excited for the micro progressions each time I step onto my mat. One of my favorite classes of his was when we worked on backbends that explored so many different asanas and ended up peaking towards scorpion pose and scorpion handstand. Early in my yoga practice, I never thought I could even begin to explore how to get into a scorpion handstand, so it was great to have Jonathan there guiding us through. I’ve taken Jonathan’s Mixed Levels, and Level 2/3 classes and they are equally amazing. He leaves the complex transitions out for these classes but you still get so much out of it. The studio has no mirrors, has big windows that let natural light in, and is as simple as it can get, and I love it that way.

2. Reiki and Meditation with Kevin Rehberg at Sojourn Healing Collective

Why: I got my very first one-on-one reiki session with Kevin after taking his meditation class at Sojourn. During this time, I was going through a lot emotionally and had a deep need for care and love. My mind couldn’t rest and I was feeling sad and down. I found his meditation and reiki class on ClassPass and signed up. I had never done reiki before but I knew I needed healing energy in my life. Walking into Sojourn just gives your body a sigh of relief. It always smells so calming in there and the lights were low in the studio and people were laying down with blankets, bolsters, and blocks. Kevin started leading the meditation and he had such a grounded energy about him. I started to feel at ease right away. His voice is so relaxing and nurturing. We continued on in the meditation and my heart hurt from being sad but I knew I was in the right place. Probably about halfway through the class, he laid hands my shoulders and I started to cry. We were there for a few minutes and then I just let out a deep sob. The energy he shared released so much grief in me- a feeling that seemed to originate from deep within my being. After the meditation class, I felt a sense of release and comfort. I booked a reiki session after that class and it was incredibly peaceful and left me feeling light as ever. I’ve taken Kevin’s meditation classes since, and while I haven’t had a big emotional experience like that again, it always feels healing and grounding.

Why: I’ve been working on my handstands and when I saw that there was a class called Handstand Practice, I was intrigued. Handstands is not at all a requirement to be a yogi. I personally feel drawn to handstands because I seek a well rounded practice, one of strength and flexibility, grace and intensity. In my own life, I like to know that I’ve tried something and gave it my best. So one day, I decided to try out this class at the Prana Yoga Center. I walked in and the studio was light, spacious, and airy. I happened to be lucky enough to have been the only student in class that day, so I was pretty excited to have a one on one session with Gerhard himself and later found out he owned the studio. Pretty crazy! We worked on warming up the wrists and then continued on to do all the handstand drills that I could dream of doing in one hour. We did handstands facing the wall and held it for a minute at a time about six times throughout the class. We worked on different ways to get into the pose, from pike, press, straddle, and split leg, It felt incredibly special and valuable to get to work with Gerhard because he’s been teaching yoga for a long time and knows a lot. He assisted me through handstand pike and straddle presses and gave me so much confidence in my practice. I learned a lot about areas I needed to strengthen and what to work on going forward. I’ve been on rest the past month and haven’t been able to train, but I can’t wait to take this class again.

When: Thursdays at 9AM

Why:?I discovered CycleOM when I was looking for Ashtanga yoga close to Little Italy. This place is walkable from my house and it’s got a sweet location off of Kettner. I’m noticing a trend here. It looks like this list of five experiences all studios where there are no mirrors in the yoga space. I’ve always taught at places with mirrors and I think it actually helps for body awareness, but there must be something in me that loves not having that visual feedback in the yoga space. It helps me tune in to my body more rather than how I look in the poses. CycleOM has one yoga studio, and it’s got four walls, soft lighting, and always smells of an uplifting citrus scent. Trevor’s class is not for the faint of heart. But I love it. I’ve experienced breakthroughs in my practice more than any class and received the most unique assists, which sometimes I didn’t know was possible in my body. Trevor’s got the British humor going throughout class and definitely won’t let you give less than 100% to your practice. We typically start in Tadasana, or standing at the top of your mat. The first time I ever did this class, we did a transition of splits on the right leg, to middle splits, then splits on the left leg, and back to middle splits. It brought me back to my days in ballet. I’m still working on my middle splits. The one other unique thing about this place is the students that attend this class are incredibly consistent. It’s like a family and I see the same faces every time I go. Trevor’s class on Thursdays is one to check out if you feel like you’re plateauing in your yoga practice. He also teaches an Ashtanga primary series and an intro to Ashtanga class (which is half primary series) but my favorite is this improv class!

When: Thursdays at 6PM

Why: Ever since I moved to San Diego, I’d always wanted to check out Trilogy because I’ve seen some cool photos on the good old IG. I happened to be in the area and saw a 75 minute class and was excited to try it. I love when classes are longer than an hour. You just get that extra time to warm up and cool down. I haven’t had the food at Trilogy yet but I love the yoga space. One of the studios has a big moon mural, and coupled with the ambient lighting, it really sets the mood. Whenever I try a new yoga class, I always keep an open mind about the class and the instructor. I really liked how Jonathan interacted with students before class. He seemed so at ease with the yoga teacher seat, something that I’ve observed comes with experience. We started class and man, Jonathan knows the body. His cues, sequencing, flows, and assists are so well thought out but without really trying. His music is fire. One time he played a Spanish song that I was in love with in high school called Siempre me Quedara by Bebe and I hadn’t heard the song in years. I was dancing internally. He gave me a few tips during class and started talking about the difference between ballet and yoga. In my head I was like wait, how does he know?! We worked a ton on core, which I need and love. Only after Jonathan’s classes do I feel soreness in my core the next day. He also gave me the most peculiar but felt-so-good savasana assist on my lower collarbone, upper shoulder, neck, which I could not replicate if I tried. I asked him about it after class and he said he’s been teaching yoga a long time. Ha. The sweet thing is Jonathan teaches at a lot of studios in San Diego, so I just looked them all up on ClassPass and followed him to two other studios in La Jolla/Pacific Beach. Next time I come back to his class, he’ll probably be like where have you been?! Can I just be a professional yoga class taker?

That wraps up my top five favorite yoga experiences so far! Thank you for reading! There are so many more classes, studios, and instructors not written about on this list, not to mention my own classes and students that I love. It’s so sweet to be able to receive from different teachers, learn new things, move my body, and be immersed in work that I truly love, have a passion for, and a giftedness in. Looking forward to continuing to discover the San Diego yoga community and hopefully connect with more of you! 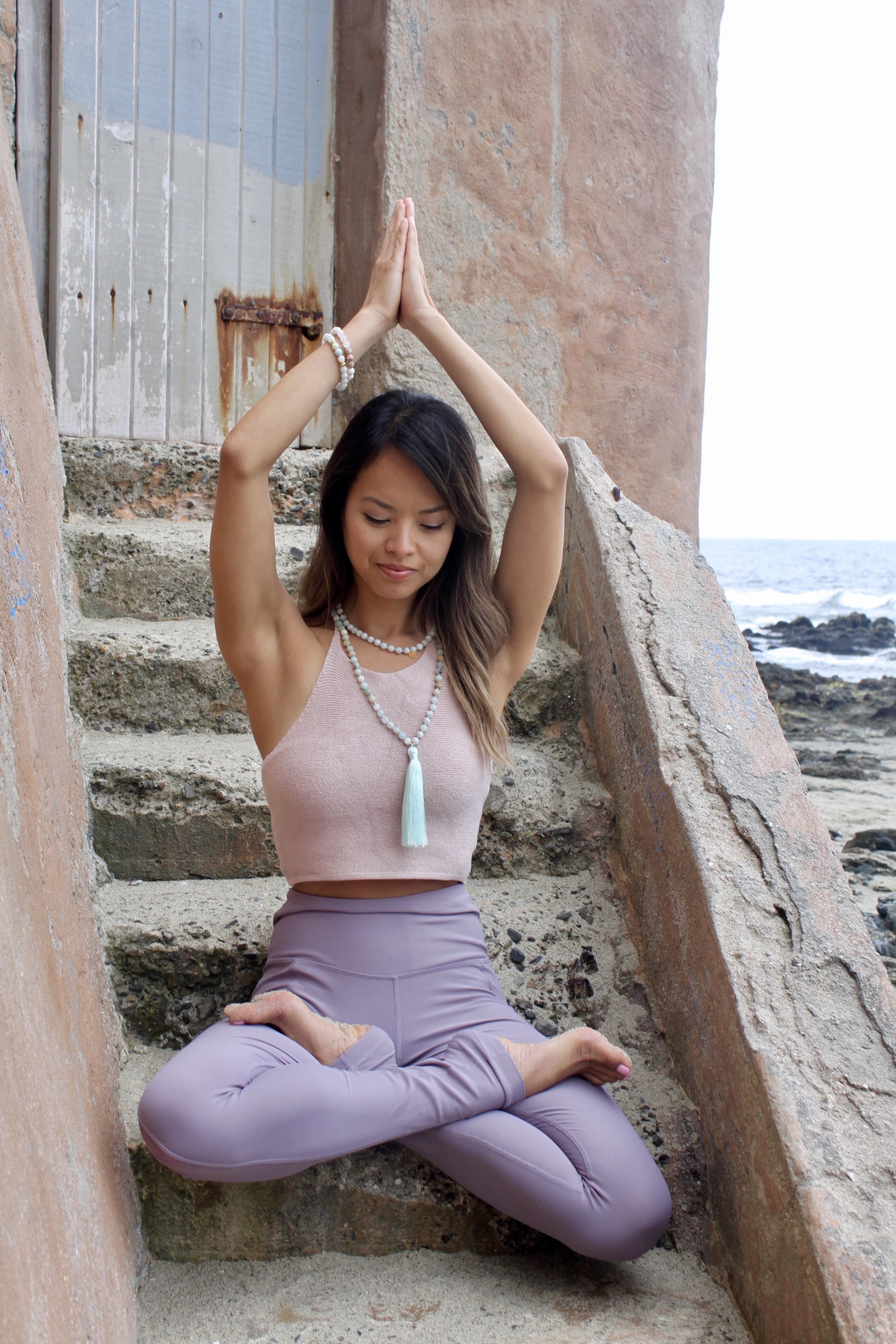 This blog is brought to you by Mala Prayer. Mala Prayer is hosting their summer solstice sale this weekend only. Buy one item, get any item free + the first 100 customers will receive a gorgeous rose quartz stone bracelet.

I’m wearing the Wild Moon mala necklace and Wild Moon bracelet from the Moonstone collection and the Rosy Love Mala bracelet that they’re giving away.

Use code BIANCABONUS20 for 20% off at Mala Prayer.